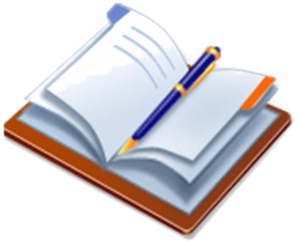 #Статті
Kyzym M. O., Khaustova V. Y., Shlykova V. O. War in Ukraine: Analysis of the Prerequisites, Lessons of the Infighting, and Conclusions for the Future
05.09.2022

#Статті
Kyzym M. O., Khaustova V. Y., Shlykova V. O. War in Ukraine: Analysis of the Prerequisites, Lessons of the Infighting, and Conclusions for the Future
Kyzym, Mykola O., Khaustova, Viktoriia Ye., and Shlykova, Viktoriia O. (2022) “War in Ukraine: Analysis of the Prerequisites, Lessons of the Infighting, and Conclusions for the Future.” The Problems of Economy 2:47–57. On February 24, 2022, russia launched an all-out invasion of Ukraine. This situation has radically changed the relations between the states, marked a point of no return in the relations between the once fraternal peoples, changed the vectors and priorities for the further development of Ukraine, and created new challenges in all spheres of its life. Moreover, the war in the center of Europe affected the world economy as a whole and the economy of many individual countries, as well as migration and sociopolitical processes. All this was reflected in the change in the research priorities in the world and, in particular, in Ukraine. The purpose of this study is to formulate generalized proposals on ways to counter russia’s military aggression. The article analyzes: World Military Strength Ranking 2022, losses of the russian armed forces as of 15.06.2022; changes in the number of personnel, weapons and equipment of Ukraine’s Armed Forces in 1991-2021. Also a comparative quantitative assessment of the armed forces of Ukraine and russia in 2021 was carried out, considering weaknesses and miscalculations in the formation and development of independent Ukraine that had allowed a full-scale war to take place on its territory. The military potential of the Ukrainian and Russian armies in 1991 and 2021 is compared, new types of weapons developed in Ukraine are considered. The results of Delphi analysis of the Ukrainian defense industry clusters necessary for asymmetric deterrence against an external aggression over the time horizon until 2030 are presented. The ways to provide Ukraine’s Armed Forces with the main types of weapons and military equipment are defined. The conducted research has allowed us to determine that russia, being a country with geopolitical ambitions, will always present a threat to Ukraine, so the national security of our country must be built with consideration for the military and economic strength of the aggressor country. Сonsequently Ukraine must enter into at least one military and economic alliance with other European and world countries. Moreover, Ukraine must have a strong diversified defense industry complex, which will produce its own competitive weapons and military equipment both independently and jointly with other European and world countries or under licenses from foreign manufacturers. Ukraine’s Armed Forces must have such a structure of their services and branches that would allow them to withstand threats from the russian armed forces or asymmetric types of weapons and military equipment that would make it possible to conduct the 2nd, 3rd and 6th generation war. DOI: https://doi.org/10.32983/2222-0712-2022-2-47-57
завантажити